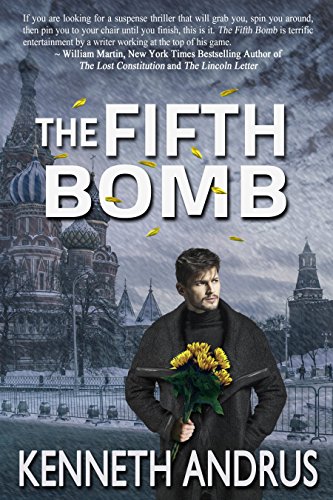 about this book: The Fifth Bomb is the second novel in a series carrying over the characters of my first book, The Asian Imperative. These are several reviews that captured my intent: "Full of intrigue and plot twists that will pull you in and not let you go." "Compelling,an eerily realistic nail biter." I'd been mulling over the basic premise for several years before starting my research, ending up with a pile of paper a good four inches thick. I've heard once that the difference between fiction and reality is that fiction must make sense. The other point is when writing this genre of novels, the targeted audience will not tolerate inaccuracies or a story line that simply is too unrealistic to be believable. With that in mind, it never ceases to amaze me that no matter how obscure my search topic is I can always find something that pertains on the internet. In this novel, I introduced a new main character, Nick Parkos, a mid-level analyst at the National Intelligence Center. An unassuming guy, stuck in an important, but uninspiring job he is suddenly finds himself as the lead agent in tracking down a CIA sponsored terrorist crazed by the death of his family by Russian paramilitary police in Grozny, Chechna. In choosing Nick, I wanted to take a spin at portraying an average guy using his brain to overcome obstacles and personal flaws to solve a dangerous threat vice another just another superhero. In my novel Nick embarks on an international manhunt to track down the rogue terrorist, Bashir al-Khultyer, intent on detonating a series of five dirty bombs. As the story unfolds, al-Khultyer's own conflicted emotions come to the forefront which ultimately lead to his demise.