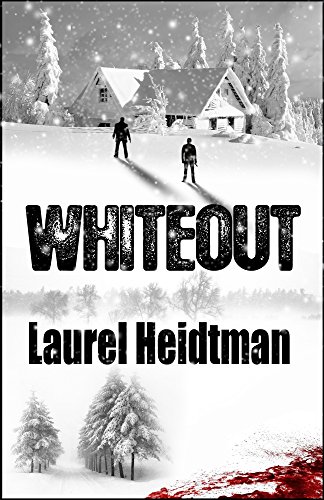 about this book: In the early nineties, my husband and I bought our retirement home on private land overlooking a lake inside Daniel Boone National Forest in Kentucky. The house is a third of a mile back a gravel lane that runs off a forest service road, and we have to travel another ten miles on that forest service road to get to a county road. Simply put, we're in the boonies! At the time we bought our house, there were only three occupied homes on our dead-end road.

We lived in southwestern Ohio, at the time, and I had just started nursing school. Until we moved to our home in the woods, we spent nearly every weekend and all vacations there. In March of 1993, we were spending my spring break at our Kentucky home. It turned out to be an interesting week and an inspiration for a novel that I wouldn't write until twenty-three years later.

We were hit with a blizzard that week that broke records for snowfall amounts in Kentucky. Twenty-two inches of snow fell where we were, and the wind piled that into hip-high drifts. Naturally the power went (it often does out here in the woods), and we didn't have a generator. The entire state was buried, so three families in the woods were way down at the bottom of the list for visits from a snowplow! A few days into it, one of the neighbors (and when I say "neighbors," I mean people who live a mile or two away, not next door) took matters into his own hands and used his backhoe to plow one lane clear so we all could get out.

After writing and publishing four novels, I was looking for an idea for my next thriller. What if, I thought ("what if"—the two words most often spoken or thought by fiction writers!), two couples with their own issues are stranded at a cabin in the woods during a blizzard, and two dangerous escaped convicts just happen to find them? And what if—well, I won't go any further with that, other than to say, I love twists!