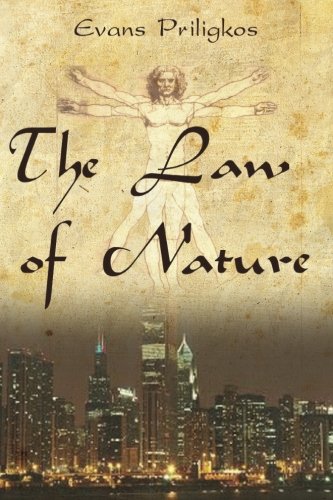 Book: The Law of Nature by Evans Priligkos

about this book: After a fail attempt of Jason Hannibal to reveal the identity of a secret Brotherhood which its members named as physicists to the citizens of USA through a midnight TV show, the black-clothes agents of them will try to murder him at Millennium Park in Chicago, but they failed too, because his apprentice Mark Ligos came out of nowhere and saved him. Jason Hannibal will reveal to him that these physicists are actual a class of businesses men, scientists and politicians around the world. Hannibal was a member of this Brotherhood for twenty years, but he has left them from 1991. Also, he is going to tell him about the real power of this Brotherhood. Physicists control almost every government around the world and they are behind organizations like CIA, FBI and NSA. Also, from 1945 until today they have plan almost everything which happens in history, like wars, murders and other tricks to rule the free will of people trough democracy.

Mark Ligos is convinced to help him to uncover them, but they have only this night to do this, because when the sun rises it will expose them and the agents of Brotherhood are going to kill them.

The story is a nice mix of history, suspense and action!

Video: The Law of Nature by Evans Priligkos