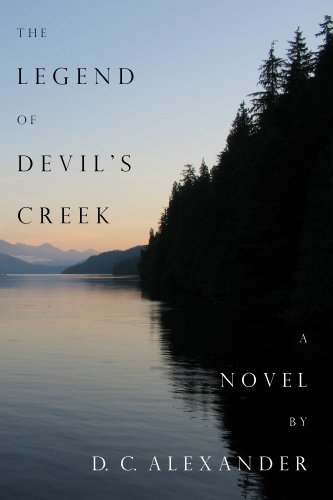 Book: The Legend of Devil's Creek by D.C. Alexander

about this book: The author of "The Legend of Devil's Creek" is a former federal agent who drew on his law enforcement experience in crafting this novel in order to give readers an uncommon insider's glimpse into the world of criminal investigative work.

The plot centers on a series of grisly, ritualistic murders of child abusers on a remote island in Washington State. The killings appear to mirror those described in a century-old local ghost story. A world-weary police captain struggles with severe psychological problems as he races to identify the killer. To this end, he tries to establish whether the modern-day murders are somehow linked to events in the island's dark and violent past. At the same time, a group of friends at the island's small college faces growing evidence that the killer may be one from among their circle.

The story explores the questions of whether anxiety over mortality is one of the primary wellsprings of evil in the world, and whether the character of one's childhood largely shapes one's ability to cope with this anxiety. The central theme incorporates ideas also found in discussions of Terror Management Theory and the works of the late Pulitzer Prize-winning author and cultural anthropologist Dr. Ernest Becker.

The author included plot lines involving the process of psychological recovery from traumatic experiences. Several of the central characters exemplify this process in grappling with their personal demons, recovering from damaging childhood experiences.

The story was initially inspired by the author's many discussions with his closest friends over how each of them thought their upbringing influenced who they became, what issues and deficiencies they were still contending with as adults, and so forth. Eventually, the author wondered what sort of childhood might turn someone into a psychopath and murderer.