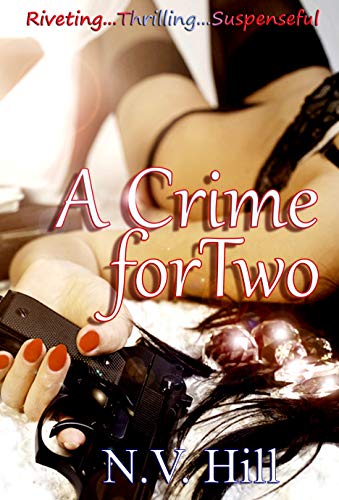 Book: A Crime For Two by N.V. Hill

about this book: Crystal had wanted to be a police officer since the young age of nine after her dad was murdered in a sting operation set up by the chief of police. Her dad was one of her greatest admirations, so his death affected her immensely. She did everything she could to pursue her dreams of becoming a police officer. Even in high school, she was known as the problem solver when lockers had gotten broken into or graffiti on bathroom walls. Although her dad's case was never solved, it didn't stop her pursuit from being the best officer that she could once she became an adult.

Her heart grew cruel as she had gotten older. Her dad's murder case still remained unsolved years later, which changed how she saw the world and the people around her. Unfortunately, it was too late before anyone had ever learned that she had developed a twisted mind. Her thought process would eventually lead her down a path of destruction.