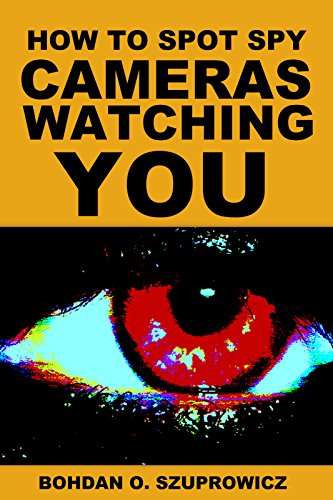 Book: How to Spot Spy Cameras Watching You by Bohdan O. Szuprowicz

about this book: This is an E-Guide, just published on Amazon Kindle, which shows the reader how to discover, avoid, or exploit, spy cameras that are following all of us around wherever we move, day or night.

Hidden or concealed cameras technology has advanced to the point where anyone in public or private areas may be followed by invisible spy cameras whether he likes it or not. Internet and wireless devices make it now possible to monitor and transmit such video recordings in real-time to anywhere in the world.

Miniature cameras can be concealed on a person in form of eyeglasses, hearing aids, tie clips, watches, and jewelry. In households, hotels, offices, and many public assembly locations, spy cameras may take the form of of clocks, TVs, radios, mirrors, picture frames, and other common objects. Visible surveillance cameras are deployed on many highways, toll gates, airports, shopping malls, bus and railway stations, and cruise ships.

This E-Guide contains 30 chapters dealing with general attitudes to surveillance cameras, state of development of the surveillance industry, and specific discussions of spy camera applications in various walks of life.

The E-Guide also provides information about spy camera detectors that are coming into use and indicates sources of such products. More details about this E-Guide with full table of contents is available by linking with Amazon Kindle. 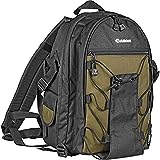