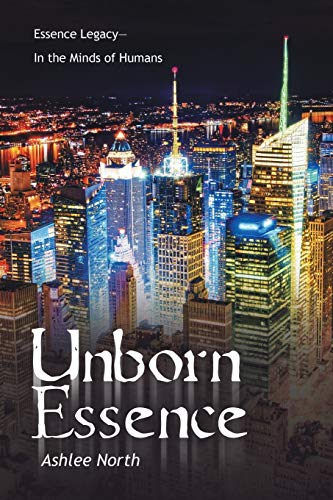 about this book: "Unborn Essence" is a tale of fiction, but sometimes it's hard to tell. It is a fantasy, a story, but it is a glimpse into the human subconscious and possibilities within which could be so very plausible and possible.

From "Unborn Essence" by Ashlee North...

"Piercing the void—the nothing, the darkness—a light, glowing soft tones of red—pulsing, insisting—strobed from behind an unobtrusive nothingness, a slit in the fabric of the universe, where more often there was only inky black, millions of miles of it. And in this light, the only brightness there is, is nothing, nothing but impossible-to-tether, uncontainable Essence. It travelled but moved not, it existed but rode the shaft of brilliance without being noticed. Essence in itself looks like the ever-present lack of something, for it cannot be seen, except by its ripple, its almost unseen glow, but it is most certainly there. It is what makes all humans into who they will be. It is the anything which makes them one way or another. It is what we are — We are Essence."

"This is a very thought-provoking book and is really well set up. We hear from the essences, "The Watchers Society" (a secret society on the internet), vivid life-threatening dreams, disturbing newspaper clips, and well-developed characters.
I would recommend this book to those readers who really like something different, which seems to be the trademark of Ashlee North's work."

Other books by Ashlee North