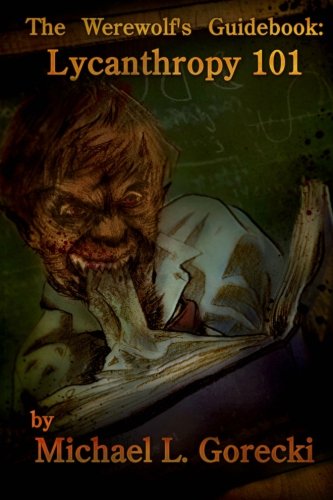 about this book: What do a middle aged postal clerk, his wife, a tax lawyer for the IRS, two brothers who work in the medical profession, a pharmacist, a car mechanic, a Baptist minister and his wife, a student and an accountant all have in common? They have all been bitten by the same werewolf and now find themselves torn from their lives and thrust into an underground facility run by a quasi-military organization hell bent on training the new wolves into learning to control their gift. Matthias and Jane Gomolski were finally going on their dream vacation with their two young daughters when they were attacked by two werewolves at their cabin up on Mount Lemmon in Arizona. They manage to kill the werewolves, but not before being infected with the venom of one of the wolves.

When they wake up after the venom causes them to go unconscious they find that their whole family has been whisked away to a compound with nine other people who had also been bitten. Despite their differences, they find that they have to work together if they ever want to leave the compound and go back to their normal lives. Getting out, however, is not going to be a piece of cake. No one wants to unleash werewolves into society who have no ability to control the change when it comes upon them.