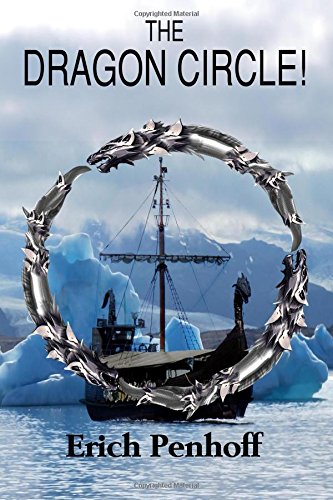 about this book: Michael Keenan, a Boston Teenager is killed in a horrendous car crash. There is intervention fro the spirit world an he is successfully brought back to life, twice!

Now he has a added ability, he sees and can talk to ghosts. This new ability has him worried for his own sanity, he is also worried about his fathers simmering fear for his so called visions.

In the arctic he becomes the champion of a dozen spirits , the Ghosts survivors for a thousand years. He joins their sea battles against the pirates of Alexandria. He watches

the ships deck awash in blood, he sees the Raiders loot and take slaves. He learns the meaning of the word 'Berserkers', he becomes involved in the Vikings way of life.

Michael is tasked to give the ghost of these men the rest the have been waiting for the last thousand years. A viking funeral that will set their spirit free to join Odin and Thor in the great hall, Valhalla. The men want a pyre as is befitting to true Viking Raiders. Men that use their swords and battle axes better than all others.

Michael learns to trust the spirits, souls of animals and men, he talks to his mothers spirit and learns the of the quest that is required of him. In the end his father turns to help Michael finish his promise to the spirits. Now it takes Michael a little while to unearth the Scimitar that was promised to him by one of the dead men, it is his proof to his father he is empowered with the ability to see and talk to the ones that never reached the afterlife!