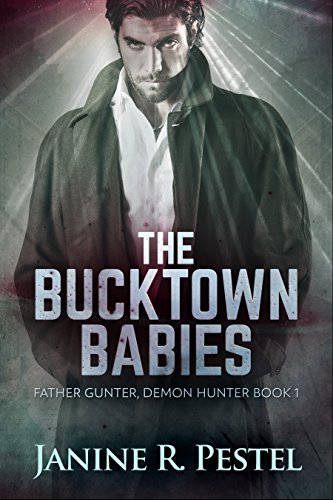 about this book: "The Bucktown Babies" is the first book in the "Father Gunter, Demon Hunter" series. When he was still a priest, Father Gunter's sister was taken by a demon. This caused him to leave the priesthood, and start hunting demons. He finds himself in a small farming community called "Bucktown" where a demon has been killing babies and unborn infants.

He poses as an inspector with the CDC to gain access to the hospital. Through his investigation, he gains an ally (who will remain with him throughout the series). Together, they face the demon in the final battle.

If you are a fan of "The Supernatural" TV series, you will like this book, and this series. The second book has just been completed, and will be released shortly.

The demon used in this book, and the demons in the future books, are all researched so they are not just fictional names. They are actual demons taken from demonology, and (according to demonology) they actually do in real life, what they do in the books. For example, the demon in "The Bucktown Babies" actually IS the Demon responsible for child deaths and miscarriages…just like in the book.

When I first got the idea for the series, it was going to be a gun totting Nun, named Sister Gunter, who fought zombies. But, by the time I sat down to start writing the story, it evolved into a demon hunting priest, and "Father Gunter, Demon Hunter" was born. But, since I know nothing about the priesthood, it became apparent that I could not make him a priest…so he became a former priest.