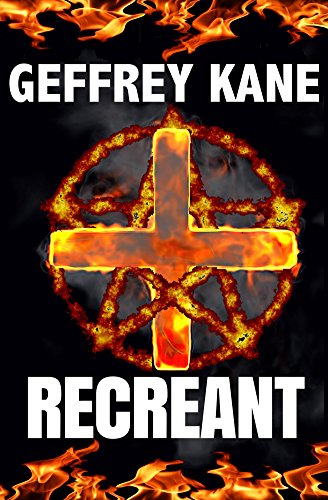 about this book: It has been three days since Father Jack McKenna killed himself - The world as Daniel knows it is about to change forever. As Father Daniel Whelan struggles to accept the untimely death of his friend and mentor he turns to the one person in his life he loves more than the old priest for comfort - Saoirse. But, the woman he can never give himself to has many dark desires and secrets of her own. None more so than her sinister involvement in the affairs of a decades-long active serial killer, known amongst his cult followers as 'The Master'. Refusing to let go, Daniel pushes himself deeper and deeper into a hidden world that reveals the truth about his friend's past, how and why Jack died, and ultimately forces the young Dublin priest to question the truth of his own faith.

• 'If you like Charlie Parker novels , or James Patterson's Alex Cross , then this is right up your street.' ***

•'This is one of those 'hard to put down' books, once you start reading you won't want to stop!' ***

I've wanted to be a writer since I was aged 13. When I finished school I went on to study for a degree in Journalism and Political Science. I've worked as a reporter, sub-editor, freelance security correspondent with the Irish Defence Forces and now, finally, I've managed to finish my first book. Recreant took me about two years to finish the final draft. I'd write a small piece then put it in a drawer for a while to forget about it. The story has been in my head for close to a decade. It's a subject that has always fascinated me and I wanted Recreant to tell a simply story of good Vs evil, but they very concept of what is good or what is evil is subjective; what's wright for one person to believe isn't right for another.

I think I'm the real-life inspiration behind Daniel, my main protagonist. I've always struggled with the concept of faith and religion, and I wanted my main character to do like wise in this story, even though he's already a priest.

Recreant is a supernatural thriller which I plan to develop into a trilogy (Resurrection and Redemption are the next two instalments) but i'm concentrating on a stand alone novel at the moment called 'Last Twist of the Yew Tree' which is this years project.

When I decided to publish Recreant I wanted the cover to be bold and attention grabbing. I know the symbolism on the cover may put some people off, but readers will come to understand the reasons behind the image once they read the book.