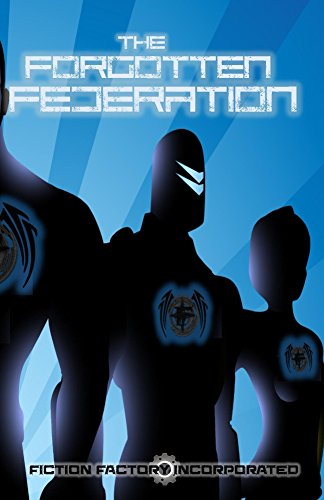 about this book: Imagine Earth awoke one day to discover a band of invincible people with superhuman abilities had come forward to protect us? What would happen if we learned they weren't so invulnerable after all?

The headlines read: THE FEDERATION IS DEAD. Humanity had never been so alone. With the superheroes of the Federation dead and forgotten, Ophelia Keating pushed her way into the Presidential chair and established a one-world governmental body known as "Parliament." But that wasn't enough. Soon came HRV-EST, the Human Reproductive Vector program administered by Evolution Service Technologies, a genetics program intended to control Earth's overwhelming population crisis. Little by little, step by step, humanity unknowingly slipped into a state of oppression, all at the hands of their new world leader, President Keating.

Unbeknownst to her tyrannical regime, DR. ANDRE HUDSON, a once loyal colleague of the Federation, had planted a seed of hope to revive the powers that once protected the planet. Though Hudson had lost hope long ago, reports of superhuman happenings begin to rekindle within him the fire of determination. He ventures forward to locate the young would-be superheroes. However, will Dr. Hudson's fledgling superheroes be willing to fight a war that is not their own?

THE FORGOTTEN FEDERATION is a speculative fiction adventure that will appeal to fans of Austin Grossman's Soon I Will Be Invincible: A Novel and Perry Moore's Hero. Enter a dystopian world of superheroes and archenemies built especially for you by A.J. Grea and the workers of FICTION FACTORY INCORPORATED.