about this book: Superheroes are a part of life, and they have been ever since the late 1930s, and they're still going strong today. Without heroes such as Superman, Spider-man, and the Avengers, as an example, both kids and adults would not have as many role models or ways to dream of something better...something greater than just themselves.

Although comic books have always been the primary focus for conveying such greatness, other merchandise venues have also managed to keep superheroes alive, not only in the general public's eye, but also the vast collectibles marketplace.

In the 1940s-1960s especially, items such as pinback buttons and badges were ways for the general public to show their support for their favorite superheroes and, in turn, caused profit for their respective production companies and the continuation of those characters for the long haul.

In this book, I cover those three very important decades, and attempt to show a wide variety of the majority, if not all, of the pinbacks and badges that were superhero related and either for sale or for promotional purposes. 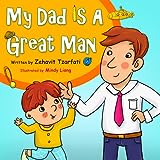