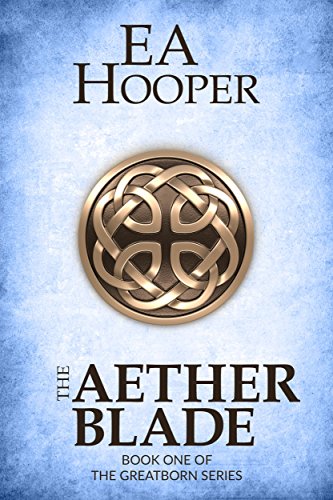 about this book: The first book in a fantasy series about people with incredible powers. The protagonist, a young man named Valx, discovers his family's past as "Greatborn" after another nation attacks his home. He'll struggle to use his powers, which first develop in the form of a glowing blade made of aether, as he fights against enemies that want him dead for sins his mother committed. He'll have to learn to use his powers as he discovers other greatborn, some that want to help him and others that wish to see his demise. Each individual greatborn is born with different powers, making each one a threat in a different way. Valx's mother, for example, was born with enhanced physical abilities. Valx will also meet others like twin thieves with the power of fire and darkness, a strong but gentle giant with the power of invincibility, an enemy general capable of manipulating people's emotions and instincts, and others with even stranger gifts.

This is a world that I've spent many years developing and is full of unique people, races, creatures, places, religions, and cultures. The series has a diverse range of characters from a bitter and vengeful protagonist to twin thieves that bicker with one another constantly and even more down to earth people like a man that became addicted to "vanishing rocks" after his daughters died of a plague. This first book will take the main character Valx on a journey that will push him to his limits, both physically and emotionally, but it will be he himself that ultimately chooses the path he will follow, for better or worse.