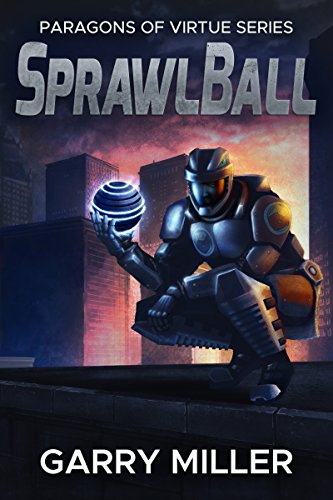 about this book: In the seventies I grew up watching sci-fi like Rollerball and Death Race 2000. I also read Marvel and DC comics. Maybe you did too. This book is my attempt at combining both passions - about a shamed superhero who hides in plain sight by posing as a superstar sports celebrity. Well if you can heal really fast and phase through walls, and get paid to do it, you would, wouldn't you?

This is a book about survival against the odds. Digging deep when your back is against the wall and you're facing overwhelming opposition. I've always been fascinated by zombie movies and the whole "last man on earth" scenario. What would happen if a terrorist organisation released a bio-weapon in a major sports stadium? Ooh, controversial!

If you like superhero fiction, zombie stories or future sports, SprawlBall is for you.

This story comes from a bank of tales written back in the eighties that I've been inspired to revive and publish. This took 9 months from inspiration to publication. Two months of that were waiting for the cover to come from a talented artist that I knew back in those days and who I wanted to involve in the project.

Video: Catch Me If You Can