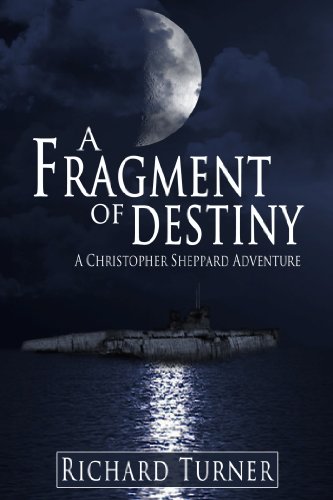 Book: A Fragment of Destiny (A Christopher Sheppard Adventure) by Richard Turner

about this book: The exciting sequel to The Last Eagle.

A fanatical foe looking for revenge.

A secret that men are willing to kill for.

In 1918, a German U-boat on a clandestine mission to knock the the United States out of the war vanishes without a trace.

Ten years later, Christopher Sheppard finds himself thrust into a deadly race. He must find the truth behind the missing submarine, and why someone is willing to risk it all to stop him. From the streets of New York, to a cat and mouse game played out all across Europe, to the desolate shores of Greenland, Sheppard must protect the headstrong daughter of a US billionaire looking for the truth about her brother's death during the war, all the while trying to keep one-step ahead of a man, blinded by grief, who will stop at nothing until he has his revenge.