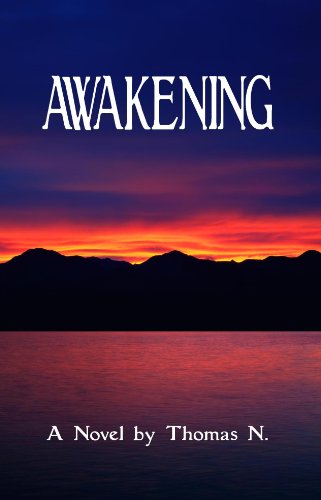 about this book: The book is about a married couple on the brink of breaking up because of the wife's extramarital relationship. The story takes place in the context of Viet Nam on its way of opening to the world outside after decades of closed door policy of communism.

• What inspired you to write this book?
I wrote the book on the one hand to tell the world a story about Vietnam so that people might get to know more about it and also to perfect my English which is not my mother tongue. I desired to assert myself in some way as I had difficulty learning the language. Writing a story in English is one way to learn it.

• Who are the primary readers of your book?
I had hoped people in other countries, especially in America, English speaking countries, would be reading my book and for movie makers to make a movie about Viet Nam from a narrow angle, a sad love story in a saddened impoverished nation, badly affected by the war and ideologies.

• How long did it take to write it?
It took me nearly two years to write the book, one year for the book to wait and get published.

• How did you come up with the title?
I chose the title 'Awakening' as it is reflected in the development of the main character and Viet Nam. The father left his home village to live in a bustling town where the boy was born, grew up and explored himself and the world. His instinct was awoken when he first watched a sexy dance during a reformed musical performance. The story is also about the awakening of a poor communist country when the government eventually opted for the open door policy. People woke up, stepped out and started doing business with world outside. They made money and got corrupted influenced by the west misconceiving freedom and individualism. The boy learned more about the world when encountering a homosexual relation with his cousin and his ex-student when he became a teacher. Then came his marriage to a free spirited city woman who blamed her family poverty for the society and hated the world, the people and her husband.

• What was the hardest part of writing your book?
As a non-native to English, everything about writing is a problem for me, like choosing different words to express the same idea so that I do not repeat a word. Finding an interesting way to tell the story is not easy either. I just tell it as a reflection on past, the life that I went through. There are many details that are true to fact, but I think you can also find somewhere else. So they are universal, but quite unique to Viet Nam because of its culture.

• Did you learn anything from writing your book?
I learned a lot from my writing especially after I got feedback from some publishers and I did lots of revision.

I am happy that I got it published and that I did it in the end. Some people say that we should follow our dreams and I did it.