about this book: Are you, or were you, a fan of Starsky and Hutch? Have you ever wondered what it would be like if they had sons? Well, wonder no more. In this high-concept, what-if book, the sons of Starsky and Hutch are not only partners/detectives, they are blood brothers, as their dads had a relationship with the same woman.

The sons names are Davis and Kent, but they aren't the only offspring of the original characters. Huggy Bear Brown has a daughter named Tasha, who's an RN. They have a psychic friend named Mo who owns a gym and acts as their informant. They have another informant friend named Lucky, a hooker trying to go clean.

This book isn't for the faint of heart, but if you're into serious drama and serious relationship issues, this book is for you.

Fans of the original TV show may be disappointed, however, because the original characters aren't mentioned in this book, and don't make an appearance. 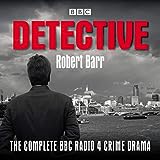