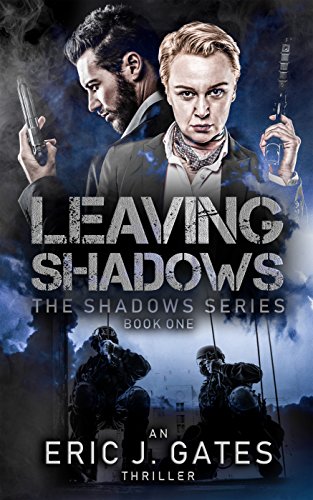 about this book: "I am a huge fan of Ian Fleming and the 007 films; Gates gives the classic thriller a thoroughly modern upgrade. The twists and turns serve to keep the action moving and the reader's mouth hanging open."

That's what they are saying about 'LEAVING SHADOWS', the new spy-thriller from Eric J. Gates.

When the Head of the Secret Intelligence Service is kidnapped in an audacious daylight attack, the surprises keep coming for his MI6 colleagues as they discover they are forced to use a seedy private recovery service for his rescue. An operations team quickly picks up the trail and heads into Europe just hours behind the kidnappers.

Yet nothing is as it seems.

Dark forces descend as a race ensues to control the deadliest Weapon of Mass Destruction ever devised by Man.

The countdown has started with a major city as the target.

Eric J. Gates weaves a tale of deceit and betrayal against a background of real events that will have you sitting on the edge of your seat, clenching your knuckles, as you sweat it out with the protagonists of 'Leaving Shadows'.