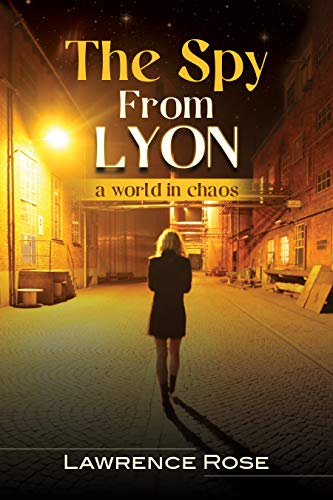 Book: The Spy from Lyon - a World in Chaos... (Marisol) by Lawrence Rose

about this book: Written to be a classic SPY CHASE THRILLER!!! Marisol, beautiful French agent for La Surete is seconded to the CIA, sent to recruit a simple guy, a teacher, Steven, an American who is a failed geologist... with special knowledge that can be used to keep the Great Powers at bay... The fight across low orbit space, the Sahel of Africa and the Celtic Fringe of Europe is for the most important metallic element in today's tech world. World War Three looms.

The novel is the second in the Marisol series, one might say it is an iteration. The WOMAN FROM LYON was written as a literary memoir detailing the musical, sexy, romance of Marisol and Steven. In it we find the terrible secrets in Marisol's past that threaten to destroy her and everyone she loves. And we see that Steven needs her more than he could know. It's decidedly mutual! Each novel is made to stand alone.

The characters are the same in THE SPY FROM LYON but they are very changed... as actors on the world stage. THE SPY FROM LYON is inhabited with The Great Powers, Linguistic Terrorists, arch traitors and villains, even Druidic fanatics. In other words, a page-turning, fun read. One reviewer said, "Marisol is unforgettable! This should be a movie!"

Video: THE SPY FROM LYON... a World in Chaos