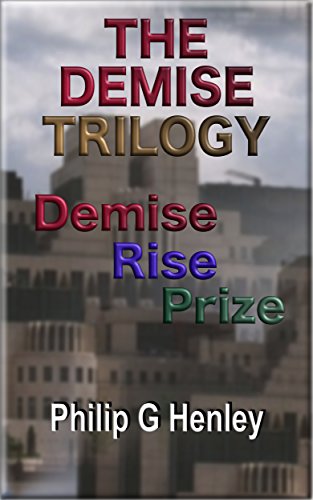 about this book: All three books in the series in one ebook volume

The books were based on how the Iraqi War Dossier was manipulated on both sides of the Atlantic to give an untrue version of Iraq's attempts to make Weapons' of Mass Destruction. I took this background and added a conspiracy to protect this secret. I then threw in a police investigation, some more spies and the attempts by the authorities to either cover up the investigation or the conspiracy.

In the background is a complex lead character who switches from Good to Bad.

Lots of location research and getting timelines correct. Keeping track of the host of characters required careful plotting especially my deliberate attempts to confuse the reader with the twists and turns.

There is considerable violence and sex in the storyline which I was nervous of including but decided it was an adult story.