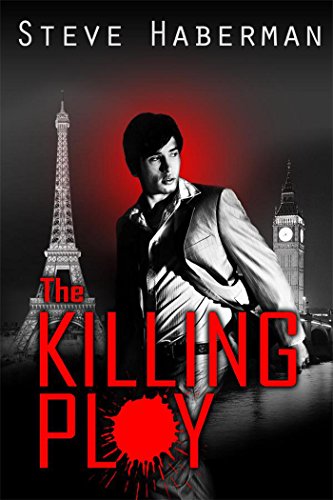 about this book: It is several years since 9/11. Pablo de Silva, mother, a tennis champion; father, a wealthy, but now bankrupt Swiss hotelier, walks into the American embassy in Switzerland and volunteers to work for the CIA. Accepted, he does admirable work for his employer.

Then tragedy strikes. He becomes yesterday's man, mostly written off. Except by his CIA mentor, who gives him a second chance. Liaise with the FBI to see if the murders of two top executives, contractors for the American military, with their passports missing, have a terrorist angle. This he does. Soon, however, as he gets deeper into his task, he discovers it becomes dangerously different. And he finds himself ensnared in a scheme to ensnare a ghost where rumor becomes reality for the paranoid on the run.

A spy thriller with locales ranging from sunny San Diego, California to the menacing streets of London, Paris, and Berlin. Based on extensive on-site research, this highly contemporary thriller shows that before there was "fake news," there was The Killing Ploy.

• "The Killing Ploy...builds up and keeps the suspense up to the end." — Dr. Oliva Dsouza, Readers' Favorite.