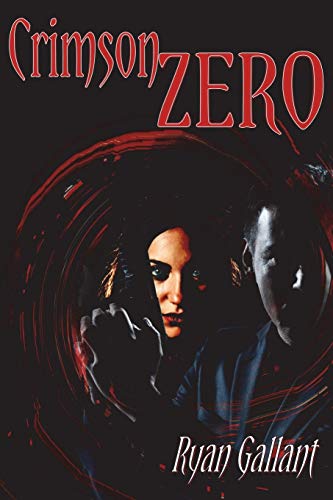 about this book: "Crimson Zero" tells the story of John Burke, former Canadian Army recon officer and convicted criminal turned CSIS counterintelligence operative, whose first mission as a field agent puts him up against the Ares Syndicate, a ruthless arms trafficking network.

Spy thrillers are a dime a dozen, to be sure, but this particular story afforded me an opportunity to explore a familiar genre through a different national perspective, outside of the usual American and British interests that tend to dominate the genre. Defining a new kind of Canadian hero in the midst of this classic geopolitical drama was an exciting angle in which to tackle the genre as a proud Canadian myself. Burke's underdog status as both a rookie and a wild card among his CIA and MI6 counterparts was interesting to me, in addition to his being a tragically flawed, perhaps even irreparably broken character, who is sometimes anything but heroic.

A lifetime of consuming spy movies and literature, not to mention a healthy interest in history and modern geopolitics, has greatly influenced my appreciation of the espionage genre through the years. "Crimson Zero" is a love letter of sorts to the traditions made famous by authors like Fleming, Le Carre and Ludlum, to name but a few.

"Crimson Zero" began as a feature-film screenplay, which I finished in 2007. The spine of the story remained intact in the translation, and I then began work on the novelization of the script in the winter of '08. With additional research and characterization, I finished the first draft of the novel in April of '09. However, it wasn't until May of 2013 that the first edition, published through Amazon's CreateSpace service, debuted, followed by the second and current edition in February of 2016, published through Mirador Publishing, based out of the UK.

If I've learned anything in the writing of this book, it was that persevering and finishing the story, on its own, has made me appreciate and value the process, and instilled a confidence in me that I hadn't had as a writer before. Since then, in the interim near-decade since I finished that first draft, I've begun work on the sequel to "Crimson Zero", entitled "Die Today, Live Tomorrow", and have a host of projects in several different media in various stages of development, from a graphic novel script to a couple of viable feature-film screenplays. In the meantime, I hope "Crimson Zero" finds its audience and that they enjoy the ride enough to want more. Because there WILL be, if John Burke (or I) has anything to say about it!