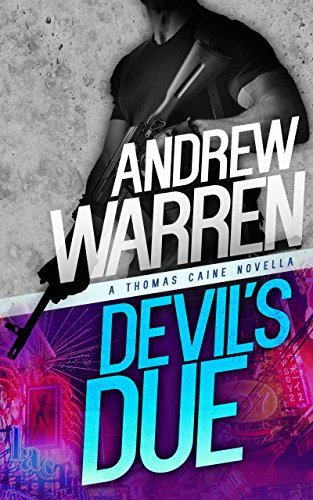 Book: Devil's Due - A Thomas Caine Thriller by Andrew Warren

about this book: A burned assassin is a kidnapped girl's only hope!

Thomas Caine is a dangerous man. A former CIA assassin, he was burned, betrayed, and left for dead. Now, he struggles to stay off the grid, and hides from his dark past in the seedy underworld of Pattaya, Thailand.

But when human traffickers target the one person Caine has sworn to protect, the vengeful former assassin will wage a bloody one-man war to get her back. Soon, he finds himself taking on the Russian mafia, and an insane criminal warlord who believes he is the devil himself. Can Caine use his deadly skills to defeat these new enemies, and help an honest cop save a group of kidnapped girls before the clock runs out?

Devil's Due is a dark, suspenseful thrill-ride, dripping with exotic locations, brutal combat, and sinister villains. Readers who like Jason Bourne and Jack Reacher will love Thomas Caine! Reviews call Devil's Due "A burning page turner! Swift and intense! If you love ACTION… Caine and Warren are your team!"

This novella is the prequel book for the explosive new Thomas Caine series. Tokyo Black, the next novel in the series, is available now at Amazon and Kindle Unlimited.