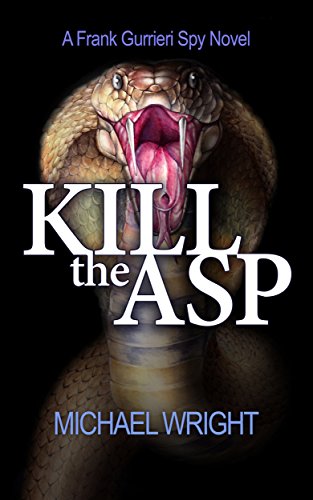 about this book: Kill the Asp is a spy thriller that takes place mostly in Iran. It's a quest for revenge and provides the reader with a visceral experience of Middle Eastern culture. Hidden in the book are references to the ancient Arab-Persian-Indian tale of unrequited love, the Romeo and Juliet story of the area.

There's no mention of the bomb. It's not a doomsday novel. However, it does inform of geopolitical tensions. Readers of Lee Child, Daniel Silva, Barry Eisler, and anyone else who likes a good page-turner will likely enjoy it.

The title is based on the antagonist. His Persian name is taken from a pre-Christian mythological villain. The cover, a snake, is a reference to that name.

Although I lived for five years in the Middle East and four in India, I carefully researched nearly every aspect of the book. The most difficult part in writing was portraying the hero. I wanted him to be as likable as Jack Reacher is to Lee Child fans. Let me know what you think.

Watch the two minute trailer here: https://youtu.be/tDs1aOzFwlc
This is what people are saying:

• The author's detailed descriptions of places and people, his interjections of thought styles and philosophy, and the speed, tension, and pacing are all remarkable.

• ...the experiencing of events is direct and visceral.

• Thankfully I have just finished it and can start up my life again. I've barely moved all day as I've been so GRIPPED since last night.

• This book kept me up too late for a couple of nights...

Video: Kill the Asp, a Spy Thriller by Michael Wright