about this book: The plot is complex. It is the life story of 57-J, a member of the Oiorpata who was taken from her parents by the State when she was very young, then raised to be a weapon. It's the story of Ben Gordon, Moscow CIA Station Chief, who develops a passionate relationship with 57-J. Ben becomes a pariah hunted by the American intelligence community and the KGB. His only hope is to expose the mole at the top of the CIA is who is known to the KGB as ALLEN. When he learns the plan of the mole known as ALLEN and the KGB, he realizes that much more than his life is at stake and the only person who can help him is 57-J, an enemy who has almost killed him twice.

It took me a couple of years to write Oiorpata. According to the first man in charge of making devices for operatives in the CIA, the Soviets took young girls and trained them in the dark arts of intelligence, sometimes in very brutal ways. The original Oiorpata (also known as the Amazons) were women in what is now known as Russia. Recently, archaeologists have found graves there of women in full battle armor. The Oiorpata (or Amazons) had been thought to be a myth until the discovery of the graves. The book is authentic in many ways. The tradecraft in Oiorpata is presented as taught in the CIA, and the killing techniques are taken directly from the instruction of Major Fairbairn, first instructor for the OSS and CIA. The book is something of a combination of John leCarre and Robert Ludlum. 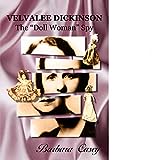