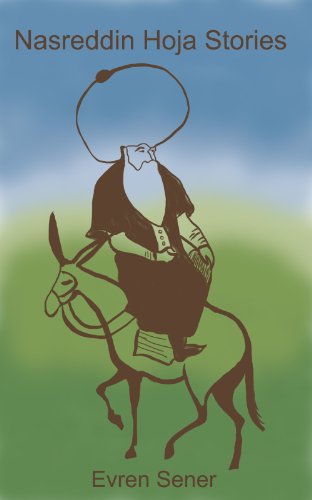 about this book: Nasreddin Hoja, the great Turkish mystic, is the contemporary of Rumi. They even leaved in the same region in Turkey. He sometimes lived his life as a scholar, judge and as an imam. He is known with his several funny story/jokes which teaches sincerity, patience, tolerance and persistence. His wife, his son, kids of the neighbors, artisans, mullahs, villagers, thieves and his donkey are the main characters of his jokes. His jokes are never rude or ugly and hurt no one. He tries to light the world with his advices and teachings. He is sharp and repartee but naïve as well. He is never pessimist but an optimist.

He has a cheerful nature and he is a typical affectionate father figure of Anatolia. With his wisdom he shows how to get over the challenges and the path to the ones who are lost and in trouble. He makes them think as well as he enlightens them. In this selection famous jokes of Nasreddin Hoja which are told from generations to generations are translated from Turkish to English. The published Nasreddin Hoja story books which were the used resource for this translation are a mere collection of these known stories so there are no volumes of books as well. There is no written manuscript by Nasreddin Hoja himself or anyone else but people around him kept his stories till present time and made him live for centuries. He is still known, respected and loved in Turkey as if he is still alive.