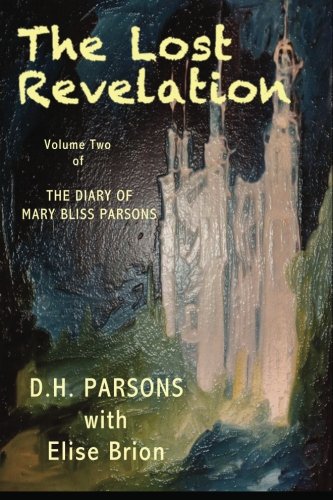 about this book: "The Lost Revelation"-Vol 2 of The Diary of Mary Bliss Parsons is the controversial book of the century that is guiding the planet towards Infinity and not the current path of total destruction which humanity has thought up for itself. Volume 1 begins with the FACT not fiction details of the life of Mary Bliss Parsons, the only 17th century Salem, MA woman to be accused, tried, and acquitted 3 times of "witchcraft." It is her spirit which speaks to her 9th generation, great-grandson, DH Parsons, in the first book of the series, and she has very dire warnings about what was behind that historical time and how it affects today's human reality on Earth.

In the second book: "The Lost Revelation", author, Elise R. Brion is revealed as one of the descendents of Mary Bliss Parsons. She adds to Mary's messages, and as co-author, she details on the astro-physics behind The Creation Frequency as a consumable source of energy on Earth, what star system the Creation Frequency sources from, and the truth history of Earth's cosmic origins and its residents. The book is coded and inter-active, so as to help awaken those who would contribute to The Great Plan which Mary describes.

For all those interested in saving humanity from total annihilation and reversing this towards a future without disease, war, lack, or limitations, "The Lost Revelation" is your key to Infinity.

The Diary of Mary Bliss Parsons is FACT not fiction.

This book changed everything - how I look at the world, how I relate to others and how I live my life. How often do you read a book that powerful? [by Rebecca Gawboy]

Video 1: The Strong Witch Society
Video 2: Enter into the Garden of Mary Bliss Parsons. Reconnect with the mysteries of life, but hear Her words