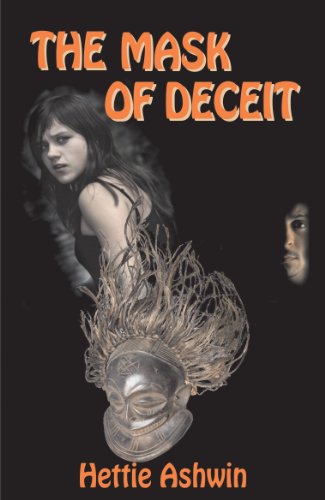 Book: The Mask of Deceit by Hettie Ashwin

about this book: The Mask of Deceit follows the fortunes of one man as he discovers a world beyond the one he thought he knew.

When Anton's girlfriend goes missing he decides to try to find her and as his quest progresses he finds a web of secrets and lies perpetrated by the Government to keep absolute control. Now with this knowledge Anton must fight not only for his freedom but for the planet.

This Speculative fiction novel explores a not too distant future where gm food production, overpopulation and global warming are all realities.

In researching this book I looked at food conglomerates and the impact of sterile crops on an ever increasing population. The philosophy and mindset of mass indoctrination plays an important part in making people accept unpalatable truths was also a fascinating study. The Mask of Deceit was written as a quest novel, but soon turned into a salutary lesson about the folly of disregarding the earth's environment at our peril.

• "The writing style is fresh and fast paced and Ashwin has truly nailed all that is delightful about Spec-Fic with her own unique twist."

Video: The Mask of Deceit by Hettie Ashwin