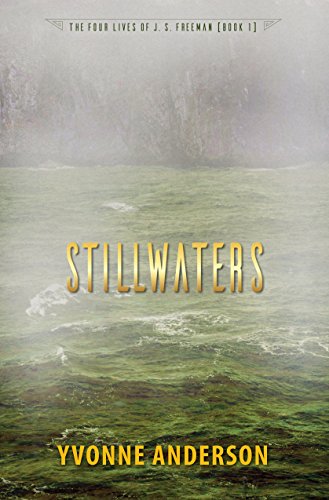 about this book: When you hear "speculative fiction," what comes to mind? Space operas? Time travel? Gnomes and fairies?

You'll find none of that here. "The Four Lives of J. S. Freeman" is speculative fiction, but it doesn't fit any mold.

The story takes place on another planet, which would usually shout, "Sci-fi!" But it's not about other-world technologies and bizarre alien creatures.

You might call it s a fantasy because the world in which it takes place is entirely imaginary. But despite the random dragon prowling through, the other usual fantasy tropes—wizards, elves, magic, and knights in armor—are absent.

So if it's not sci-fi or fantasy, exactly, what is it?

It's a yarn that spins its way through three volumes and pulls fibers from a variety of genres. It's a coming-of-age memoir with a touch of dystopian saga. It's a war story and a detective story wrapped in a romance. It dips its toes in philosophy and religion.

Told in first person, it's the tale of how a young girl, rejected and abused, crawls out of the murky stillwaters of her birthplace and becomes an influential figure through the power of the written word.

The setting may be a different planet, but it's similar enough to ours that you won't be uncomfortable there. The people you'll meet are not much different from you and me. And the realities the author-protagonist discovers along her life's journey are the same for everyone everywhere.

Come and see. The truth is better than her fiction.