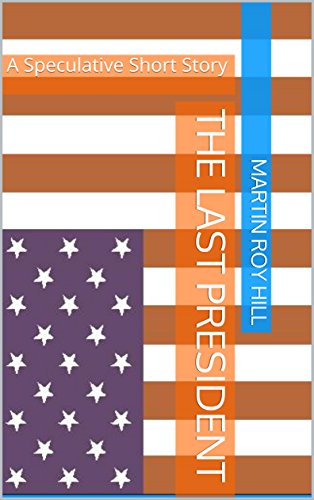 about this book: Can business really do things more efficiently than government? The belief that it can has resulted in more and more government services being "privatized," or contracted out to private industry -- everything from privatized prisons to privatized armies.

In this speculative short story, mystery and thriller novelist Martin Roy Hill examines what the ultimate outcome might be as local and federal governments privatize more and more services.

In the not-too-distant future of the United States, Sgt. Frank Wengler, a corporate-contracted police officer, is called to assist in the eviction of an elderly man from his company-owned residence. Wengler senses something familiar about the old man, but can't put his finger on it. The old man, on the other hand, simply wants to talk, and as Wengler listens he begins to learn the American history no one in that future time is allowed to know, the history of The Long Coup and The Last President of the United States.

A story ripped not only from today's headlines, but also from this country's past -- a history that today is lost to all but a few Americans.