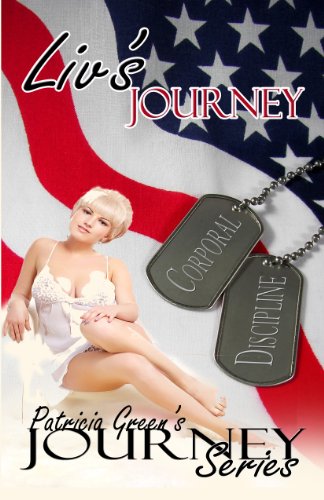 about this book: Liv's Journey is the story of a size 12 model who used to work the runways of Paris and New York. Deciding to allow herself to be a healthier, more natural shape is difficult after so many years of starving herself, but she's working on it.

While on a photo-shoot on a Texas ranch, Journey's End, she meets Trey Journey, the third son, a military man and a very dominant, masculine guy. They hit it off, but Liv is very self-conscious of her new weight and is afraid of forming an alliance with him. Trey is also somewhat reluctant, feeling that his recurring missions in Afghanistan wouldn't be fair to a wife or children. They're incredibly attracted to each other, but neither thinks it can work.

Trey is compelling for Liv, and what's really incredible is that he spanks her. Not just once! She's amazed and turned on all at the same time. Unfortunately, a papparazzo gets a picture of it and threatens to release it to the public if Liv doesn't buy the rights. The adventure begins. They have to get that picture or both their careers will be ruined.

Other books by Patricia Green (more)