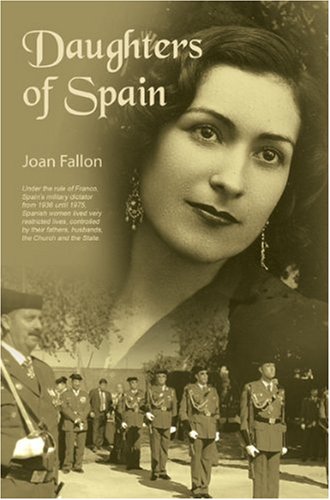 about this book: Daughters of Spain gives a gripping account of the hard won changes within society for the women of Spain, through the eyes and experiences of the women themselves.

I first began to think about writing this book in the late 1980s, when I lived in Spain for a brief period.  I was impressed by the way the Spanish women I met had embraced the freedom of modern life in the short period since  the death of Spain's dictator General Franco, in 1975. However I did nothing about it. The years went by and I began to realise that if I didn't make a start soon, most of the women I wanted to interview would be dead.  So in 2007 I began to interview as many women as I could; I began with friends, then they introduced me to their mothers, aunts, neighbours and so it grew.  I also read all that I could lay my hands on about the Spanish Civil war and the Franco era.

The women I interviewed were from all walks of life and spanned a wide range of ages.  Because the interviews covered a period of immense social change in Spain's recent history, I decided to link them together with short commentaries on topics such as divorce, abortion, contraception, domestic abuse and education, thus putting them into context.  The result is a mosaic of their lives, a vivid and unique picture of what life was really like for women in Spain over the past seventy years, of the hardships they endured and their aspirations for a more egalitarian future.