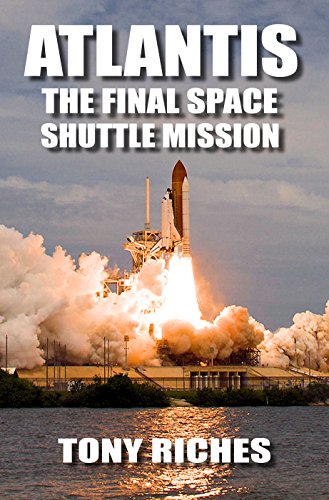 about this book: Space shuttle Atlantis was the fourth shuttle to be built and is known within NASA as Orbiter Vehicle (OV)-104. People think it was named Atlantis after the mythical city which was thought to have vanished beneath the waves but the name Atlantis came from the small two-masted research ship that served as a floating laboratory for the Woods Hole Oceanographic Institute between 1930 and 1966.

Atlantis covered more miles and completed more missions than any other spacecraft in history and established many 'firsts', including the first shuttle docking with a space station – and becoming the most badly damaged shuttle to land safely.

This book includes an overview of every mission flown by Atlantis, together with pictures of every crew member, courtesy of NASA.

When Atlantis touched down on the Shuttle Landing Facility's Runway 15 at 5:57 a.m. EDT on July 21st 2011, the final flight crew were bringing to an end 30 years of space shuttle flights. Commander Chris Ferguson said on behalf of the final Atlantic crew, "Although we got to take the ride, we sure hope that everybody who has ever worked on, or touched, or looked at, or envied or admired a space shuttle was able to take just a little part of the journey with us."