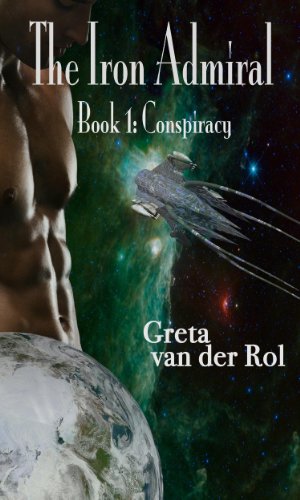 about this book: In the far distant future mankind discovers that it's not the only intelligent, technologically advanced species in the Galaxy. It seems the Ptorix developed long before we did, spreading across thousands of star sytems while we still huddled in the Orion arm. As humans advanced, the Ptorix Empire was in decline, although still powerful. After centuries of uneasy coexistence, Warlords in the regions bordering the human planets were beginning to flex their tentacles, wishing to assert their ownership of disputed planets.

Human Admiral Chaka Saahren, hero of the Confederacy after his fleet defeated the Ptorix at a pivotal battle, is accused of massacring Ptorix miners on an obscure planet and is relieved of his command. Incensed, he sets out to prove his innocence, traveling under an assumed name to the planet Tisyphor in search of clues. There, he meets Allysha Marten, who grew up with the Ptorix on a mixed species world. She's an information systems expert who can speak Ptorix and work with their computer systems. It's a rare and wonderful combination - and she has even more surprising talents.

Between them, the two discover that the folk on Tisyphor are bent on finding a virus that caused the deaths of all the Ptorix on Tisyphor. Then they'll unleash that weapon in a devastating war that neither side can win.

The book is fast-paced action-adventure with decidedly non-humanoid aliens and a love story complicated by the fact that Allysha blames Saahren for the death of her father. Even so, if she doesn't help him to stop the spread of the virus, she stands to lose all her Ptorix friends and plunge the Galaxy into war.