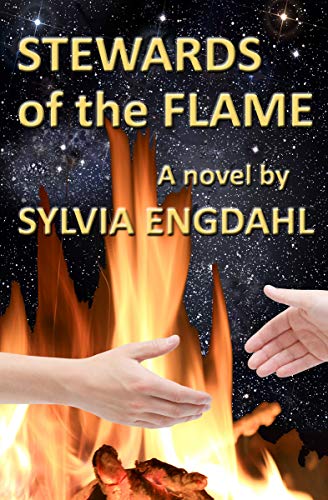 Book: Stewards of the Flame - A Novel (The Hidden Flame Book 1) by Sylvia Engdahl

about this book: This controversial novel deals with a situation I feel strongly about--the increasing role of goverment in healthcare and the tyranny to which that can lead. In the story, the space colony is ruled by medical authorities who have absolute control over the population. Crime is viewed as illness and untreated illness is considered crime, The police and the ambulance crews are one and the same. Health checkups are compulsory and people suspected of illness are confined in the hospital for treatment whether they want to be or not. They are not even allowed to die--dead bodies are kept on "life support" forever. And though this last was, when I wrote it fifteen years ago, intended as a reductio ad absurdum, it is becoming closer to reality. So is some of the technology I imagined for the story, which by now acrually exists.

How does such a dictatorial system stay in power? Not by force. The people voted it in at the time the colony was established, when medical officers naturally had considerable authority, and they continue to support it. After all, even today msny people view health as the number one prority in life. Who could possibly object to measures intended to preserve it?

The story's protagonists do object, and when I was writing the novel friends thought I should let them overthrow the system. But that would detract from its point, which is that it was democratically esrblished, that most people are willing to give up freedom for the sake of health and that the unceasing devotion to health has poiltical consequences. So the characters in the story take a different approach involving the development of advanced human powers over their minds and bodies. I am not sayiing this woulld be possible today! I had to add a disclaimer pointing out that I'm not suggesting that people today could reject all medical care; the story is science fiction set in the distant future. But I think what it says about tyranny is valid.

Some people love this book and others dislike it; reactions to it are very personal. Healthcare workers have written to me saying that it indeed shows where we're headed. It's had excellent reviews. But many science fiction fans either disagree with it or feel it hasn't enough fast action. Be warned that it's not an action/adventure story. It's for people who like to think. And it's quite different from my three other "Flame" novels, none of which deal with medical issues, so don't let disagreement with it turn you away from them.

At its website there are many long pages of background information about the subjects it deals with, including lists of books and Web articles on those subjects. These are interesting even if you don't read the novel itself, and can also be accessed from the Opinion section of my main website.

Video: Stewards of the Flame (trailer)