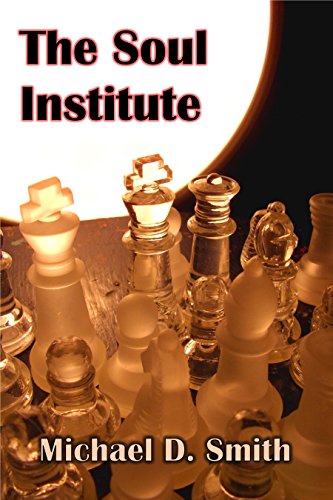 about this book: A bestselling if somewhat unhinged novelist founds a small coastal Texas university promising transcendent sanctuary. Unaware of the catastrophe he's about to help unleash, midlevel computer technician Himal Steina abandons his soul-killing job in Chicago to embrace this vast foggy paradise where, to his disbelief, he's just been appointed writer in residence.

Meanwhile. at Moolka Waxtor's farewell party, English Department chair Derrick Dexter recoils in horror at their out of control lovemaking in a closet minutes earlier. But Moolka, now fully in love with him, tearfully declares she's decided to stay at the Institute even as Director Alfred Burlcron announces that Himal will replace her as writer in residence. But when Himal falls in love with Moolka, he begins chronicling his feelings for her in the pornographic memoir TSI is committed to publish.

Blasted by inhalant highs, Burlcron's fourteen-year-old son Mitar leads the Paint Sniffing Gang on a raid to vandalize the Institute's library; after two high school kids die during their initiation into the gang, Mitar then directs the PSG to assault his own house. Police break up the attack, but Mitar and his girlfriend Rhea steal her father's Cadillac and flee to Mexico.

The Soul Institute is my flagship novel. It's been under construction for some time, something like twenty-four years of overall planning and eleven years of focused work on seven drafts. The novel came from my recurring dream of exploring some vast, stupendous, mystic university of Soul. Several sets of characters interrelate:

1) TSI administrators and faculty pursuing love affairs, power struggles, and fantasies against the backdrop of an increasingly bizarre bureaucracy

4) Refugees from a past paradise, Waxtor Carnationist College, considered by some to be merely a failed rough draft of the Soul Institute

This novel isn't my usual science fiction, but like almost anything I write, The Soul Institute is farcical / over the top / serious / psychological / tragic / absurd. And hopefully funny. It involves family tensions, teenage rebellion, empty fantasy lives, romantic musical chairs, and the intolerable authoritarianism that somehow arose from the ideal of a Soul Institute. It's been the most problematic of my novels to write; not until the end of a second draft did a central emotional concept become clear. At times during the first five years of the novel I considered abandoning it, taking a years-long vacation from all writing, or abandoning writing entirely in favor of visual art. Throughout the overly long first draft there was something frustratingly unfused even as fascinating plot and characters kept emerging. Finally a major reorganization brought out a central vision based on those characters, and I considered the novel completed in December 1999.

But I found I really didn't know what to do with it, and it sat in a drawer for ten years as I concentrated on shorter works, figuring that this long novel couldn't be published until some shorter ones found an audience. I'd assumed that the 1999 manuscript might just need light editing, so I was surprised when I returned to it in 2009 and found it required a thorough revision. After four more drafts The Soul Institute is much tighter and more forceful and I'm extremely pleased with it.