Book: A Simple Man's Guide to The Last Days of Socrates by Roger Penney

about this book: If The Republic is, as some scholars say, purely Plato's thought, then it is also reckoned that The Last Days is an early book by Plato and more nearly contains what Socrates himself thought, said and taught and how he taught it. Essentially Socfrates loved to argue. However he did it to draw out his victims and his friend and take them on a journey or course of reasoning which was aimed and directed at finding out the truth.

These four short books ought to be read first before tackling anything else of Plato. The let us sample what it would have been like to live at the end of fifth and the early part of fourth century b.c. Athens. To sit with Socrates and his friends or to enter the houses of his richer friends and to listen to the discussions that went on. Even, perhaps to joing in with, "but Socrates, how ... ?" Having read the first book one comes away a little lost and bewildered. At least I did the first time I read it. The Euthyphro is about a meeting of two men on the way to the agora and to the place where Socrates was to go on trial for his life. He was a ccused of subverting the young men with his teaching. He was also accused of not believing in the Gods and Goddesses of Ancient Athens. A charge equally serious for it was a time of war with Sparta. Not following the state religion strongly suggested a disloyal attitude, one that was subversive in other ways and equally dangerous to the status quo.

The Euthyphro never reaches a conclusion at all and Socrates seems to be making fun of his friend and tieing him up in mental knots. The poor man at last makes his escape, with some relief, one imagines.

The Apology is Socrates on trial and the defence he makes to the charges brough by Anytos and Meletos. I wont explain this one at all. It is not that I am being lazy but I want my reader to experience the wonder, the lift of the Spirit as your imagination takes you to the court, held in the open and with a jury of five hundred and one. I want you to be there rejoincing and even laughing as Socrates reduces his accusers to absurdity and then, when found guilty how he argues for a just sentence which must have made his accusers and those who hated him absolutely incandescent. 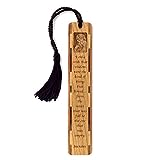 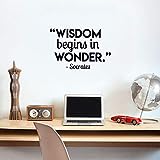