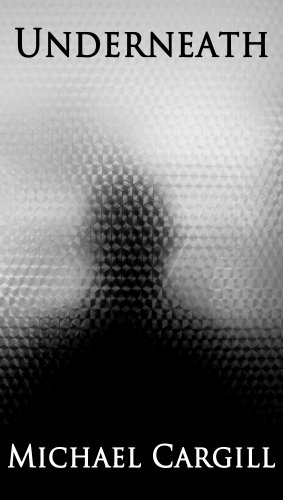 Book: Underneath by Michael Cargill

about this book: Three characters make up the bulk of this two-sided story: two police officers, and a sociopath. Initially, their worlds are completely separate, but as events play themselves out, their paths begin to merge.

The story deals with prejudice, and perception. Through the eyes of the sociopath we see how he views the world, and his motives for living the way he does. Some of the things he does are perfectly logical, and innocent. Other things are down to naked greed, and selfishness.

With the police officers, we see the prejudice that intelligent and ambitious female officers face, on an almost daily basis.

Finding the right image for the cover was a bit trickier than I thought it would be. Although the protagonist is a sociopath, he isn't a knife-wielding maniac who prowls the streets: he is an otherwise normal person, going about his business. The cover needed to be chilling, rather than violent.

Despite the dark nature of the story, there is plenty of subtle humour to keep things varied, and maybe even catch readers by surprise...

Video: Trailer for Underneath