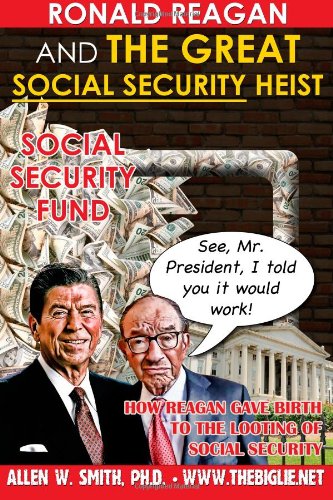 about this book: I have been researching and writing about Social Security finances for the past thirteen years. During this entire period, I have waged a relentless campaign to expose the Social Security fraud. Our government has embezzled $2.7 trillion of Social Security revenue, channeled it through the general fund, and spent it on wars, funding tax cuts for the rich, and other government programs. The money that is supposed to be in the trust fund for financing the retirement benefits of the baby boomers is gone! Since 2010, the government has had to borrow money each year in order to pay full benefits, because the tax revenue is insufficient to cover the costs. And the amount that will need to be borrowed will increase rapidly in the years ahead.

I have devoted thirteen years, of what should have been the best years of my life, to trying to expose the fraud. If the full truth ever becomes known by the public, there will be a national scandal that will make Watergate pale by comparison. I have devoted those years, and a substantial amount of personal money to the cause of alerting the public to what is going on with regard to Social Security. The government has been stealing Social Security money and then lying to the people about it. I have published four previous books about the great Social Security theft over the past 13 years. But this latest book, "Ronald Reagan and the Great Social Security Heist," is the culmination of thirteen years of researching and writing about Social Security. I truly believe this book should be read by everyone who cares about the future of Social Security and the integrity of our government.