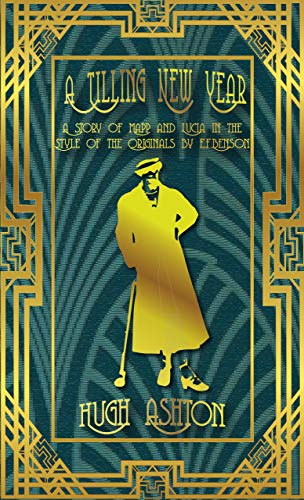 Book: A Tilling New Year - A story of Mapp & Lucia in the Style of the Originals by E.F.Benson (Mapp and Lucia pastiches Book 3) by Hugh Ashton

about this book: This is my fourth Mapp and Lucia pastiche in less than a year. I confess to having suffered some trepidation when I started writing these books in 2020.

All these books have been written in the midst of the covid-19 pandemic, possibly the most serious, at least in its social consequences, such event to hit the world in the past few hundred years (the Black Death of the fourteenth century may well have killed a third of the European population and accelerated the death of the feudal system and the urbanisation of Europe, but it doesn't really count as recent). Isn't it frivolous to write light social comedy at such a time of tragedy?

The answer to this last seems to be that it is not – I have received several comments that have encouraged me to continue writing these tales, telling me that they have helped make a dark time lighter for their readers.

So, here we are in Tilling once again, with Elizabeth Mapp and Major Benjy, Lucia and Georgie Pillson, dear Diva, quaint Irene, the Padre and Evie, and Algernon and Susan Wyse, as they dash from Twistevant's to Rice's to Hopkins', doing their marketing, and spreading news and rumours about each others' doings.