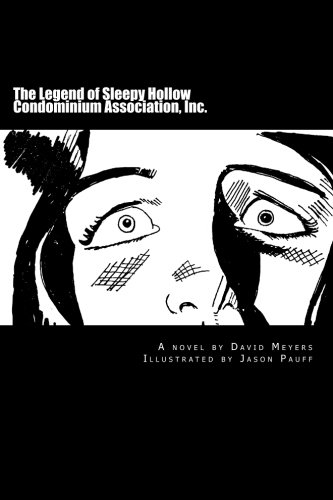 So begins the odyssey of Tom Walker. A lifelong Bostonian recently separated from his wife, who has moved to Tarrytown, New York, not so much to make a new beginning as to await the end. But Sleepy Hollow Condos has something else in store for him. He finds that he shares the Victoria era eyesore with an assortment of characters whose names seem unusually familiar.

Katrina "Kat" Van Tassel, for example, is an incorrigibly nosey young woman who lives across the hall with her musically challenged boyfriend, Brom Bones. Then there is Marie Heyliger-Vander Heyden, a crotchety old woman who lives with her socially awkward niece, Judith. And, of course, the shadowy Nick Scratch who is always offering to wager "something I want for something you want."

The Legend of Sleepy Hollow Condominiums, Inc. is the second in a trilogy of novels by David Meyers that turn some of the world's most popular tales upside-down. Having originally been produced as a play, it is a companion piece to the popular musical (and novel), The Last Christmas Carol.