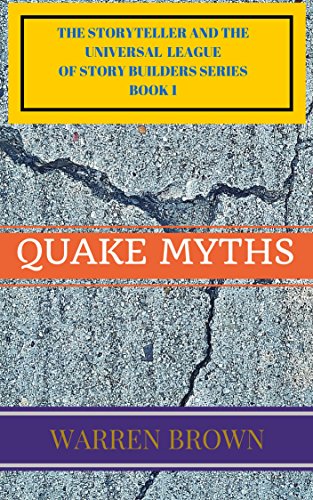 about this book: The world is filled with stories. Every day we have stories beginning and stories ending. A story is composed of many parts. We know so many stories which we have heard over the years. Stories are the gifts which one person can give to another.Stories began being transmitted orally from ancient times.

The best Storytellers are the ones whose stories still exist in the world today.

We have all been changed in so many ways and transformed into better people largely to the stories which we have heard in the world.

The stories which we pass on to the world make our lives better and enrich the heart of human civilization.

What would happen is every part of a story was a person with superhuman powers able to control that particular aspect of a story.

In this short story meet the friends of the Storyteller who have formed the Universal League of Story Builders.

The Universal Team of Story Builders under the able guidance of the Storyteller try to save the world.

Can Captain Story, Felicity Legend, Baron Story, the twins of Conflict and Suspense save the world from destruction yet again?

Our lives are filled with stories and we have more control over the plot, suspense and conflict than we can imagine.