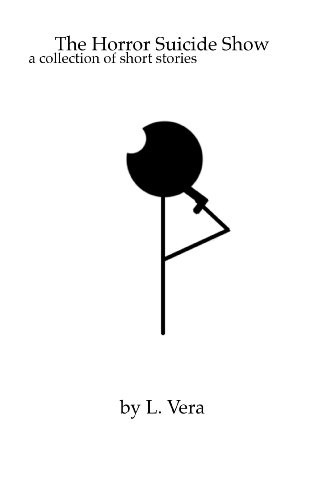 about this book: The book is about struggles. Originally the collection was picked up by a publisher, which at the time was growing as a ebook publisher with almost 80 authors, and after countless issues with them I left and self published this piece myself. The reason I left was because they were stealing art and using them as covers. The cover he proposed for mine was taken from an artist whose work I remembered and at one time used as a wallpaper. It was a strange coincidence and after contacting the author found out he gave no one permission to use his art for a book cover.

I looked at the other work they published and quickly found others with stolen art. One book had a picture of Ghost Rider, another had one of Bill and Ted, quickly I noticed that almost every cover was stolen. More can be read in my blog but after uncovering this awful truth I decided to published the book myself. I originally gave it out free and that's when Trestle Press noticed it and wanted to market it for me. Now it is on Amazon and the first 5 days I gave it out for free, reaching over 600 people.

The book holds struggles for one werewolf, one writer, and other monsters who try to do what everyone else wants - live a normal life. There are seven stories with a twist within the body of the story and the ideas are very original and I pride myself on that. I didn't have an English background, I studied to be an engineer which, with this weak economy, had left me abandoned and jobless twice. I was just looking for a way to live a normal life again and writing is my vehicle for that. I will become a better writer and experience is my strongest ally. I won't give up because it's what makes my life normal.