about this anthology: Years ago I saw the old Jimmy Stewart western "Winchester 73" d a short lived TV series called "Gun" and both followed either a rifle or a hand gun from person to person. People stole it, sold it, borrowed it, etc. and we saw what they did with those guns while they had it.

I started thinking you could do the same with an old comic book. I wrote some stories for what I wanted to be a short story book that would follow Amazing Fantasy #15 which had the first Spider-Man story. At that time I didn't have enough to fill out a book. Later, I thought of asking others and use the book to raise money for charity.

I put the word out on Facebook, Twitter and my blogs and got a few people interested but it really started to pick up when Dan Johnson, a writer for the Dennis the Menace comic strip and Paul Castiglia, a writer for Archie Comics, told others about it. Dan has several stories in the book and Paul wrote the last one that brought the book home or full circle, which is the title of his story.

The title of the book comes from the most quoted dialogue in the history of Spider-Man. His motto is with great power there must also come great responsibility. So it made sense to me to title the book With Great Power.

I hope this book will have the readers learn that with the talents comes great responsibility in how they use that talent. I also hope it raises a lot of money to give to charity. 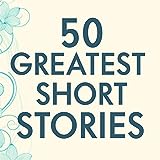