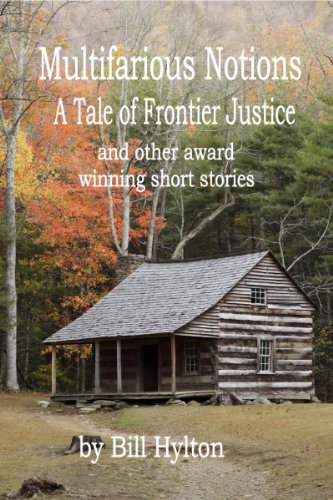 about this book: Multifarious Notions contains the best seven short stories that I have written over decades.

Each story is unique in place and time, especially the title story Multifarious Notions, set in Arkansas in the first half of the nineteenth century. I wrote it in the language of the people of that era. In a review on Amazon a writer whom I respect and admire wrote that the story reminded him of Melville and Twain. I'm thankful that my work reminded him of them, but I keep in mind that there's a difference between a reminder of something and the thing itself.

The stories run a gamut of themes. How Karate can effect a father and son relationship. The less than soft hand of the paternal state. How Vietnam haunts a U.S. senator. What's an Arkansas county mounty going to do with an illegal Mexican chicken plucker caught stealing state property? To control guns or not? Nineteenth century westward migration.

The book is in ebook format exclusively on Amazon ($.99)for the time being. I plan in the future to distribute it through Smashwords.