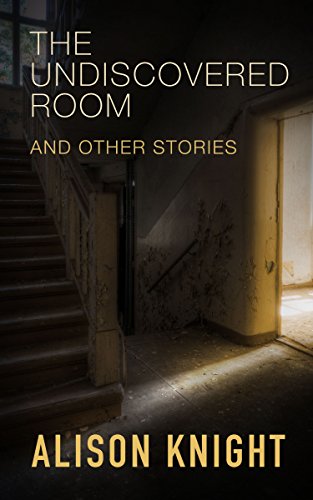 Book: The Undiscovered Room and other stories by Alison Knight

about this anthology: This anthology contains nine very short tales written over a number of years, several of which have won awards or commendations in competitions. While the stories display a range of styles and subject matter, they all deal with people facing extreme situations, some comic, some tragic. They are written for an adult audience.

With a background in theatre, I like to read my stories aloud to my writers' group and at Spoken Word events. I have reworked a number of the stories which I felt had a distinct individual voice to create monologues. These have been performed by both amateur and professional companies.

The title story was intended to be conventionally Gothic, a Faustian pact sort of thing, but the protagonist's insistence on using a jar of marmalade sent it on a rather different trajectory. That's what I like about writing: it's full of surprises! The final story 'Anna by Lamplight' was inspired by the film 'Gaslight', but I've given it a supernatural twist and located the action in Berlin November 1938, two days after Kristallnacht.