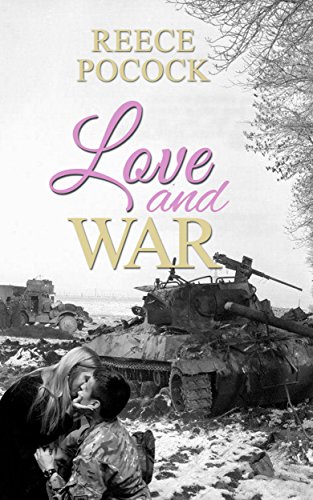 Private Jeff Douglas heard a moan and he wondered where it was coming from. The fog in his mind was slowly clearing and he realised he had groaned. Then there was a beautiful voice, it sounded angelic; so soft and melodic.

'Jeff, Jeff, are you waking up?' The fog cleared enough for him to see the angel with a concerned look on her face. He must be dead to see an angel. 'Jeff, Jeff, wake up. The operation went well. You were wounded at Tobruk. Wake up!' She sounded English, and had a hat partly covering her red hair. He didn't know there were red headed angels that wore hats. He thought they all had blonde hair. She smiled, 'I'm nurse Davies you can call me Stephanie. The orderlies will be here shortly to take you back to the ward.'

Jeff opened his mouth to ask her to stay but no sound came. He was scared and thought she would protect him. He pleaded with his eyes, she hesitated and took his hand, 'It's all right. You'll be all right.' He held on tightly. Slowly she eased out of his grip and left him lying on the barouche. An orderly wheeled him back to his ward where they placed him in a bed. He went back to sleep.