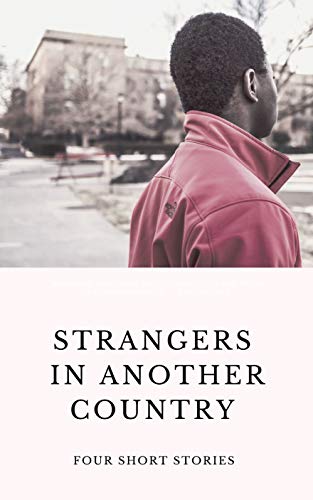 Book: Strangers In Another Country by Lawrence Gordon Taylor

about this book: Strangers in Another Country is a collection of four novellas that explore the plight of young West Indian men of colour as they struggle to improve their lives in an unfamiliar new land as immigrants in Europe, in the 1960s. Based on real-life experiences (though heavily fictionalized), these timeless tales depict everyday situations that delve deep into the human psyche to reveal the awkwardness and torment that plagues the hearts and minds of these characters as they experience disappointment, despair, self-doubt, brotherhood, exclusion, and the pursuit of love and happiness in a relatable and sometimes humorous way. Beautifully written, the insights contained in this unique collection will change the way you perceive others as well as yourself.

These stories were written during a time of social, economic and political upheavals in America, Europe, Asia and Africa. But the stories bear little resemblance of that time. I was of course tempted to write directly about it, in the form of essays or open letters. But I settled for fiction. And I happy about the choice.

My intention in the four stories is to describe problems that affected a few individuals known to me, who were struggling to make sense of their lives. I was, of course, one of them. My book is a work of fiction, with some personal experiences. But it would be useless for me to discern what is "real" from what isn't in my stories. The stories are highly fictionalized.

I wrote the stories during the time when I lusted after second-hand-knowledge. I read and read and read, in an endeavor to free myself from semi-literacy. I carried a book almost everywhere I went. Books became crutches (mentors, if you like) that guided me through such a time - in my elusive search for a meaningful life - hoping to make something of myself. I had a cerebral flair and a romantic outlook towards life. That was all I had going for me in an environment such as London, where being "worldly" became a necessity for my survival - after hailing, a few years earlier, from a far-flung colony, once referred to as "British Guiana".

There were of course much hope and expectation in "the air" for change during the 60s. I remember being mesmerized, carried away almost, by it all. Discussions galore! Political. Philosophical. Sociological. Anthropological.

There were demands for political change in several countries the world over, and the hope of making the world "a better place" for disenfranchised peoples and others. But such cries were often focused upon conditions in distanced countries. Some local problems took a back seat, as it were - I remembered complaining. Of course, in those days, I was a bit of an idealist, trying to be a part of the "romantic movement" for change. "Make love, Not War" I readily embraced! But "the whole thing" fell apart or, rather, fell short on its promise. It disappeared, leaving only disappointment and sorrow in its path, and to linger on, in the memory of so many.

Thank you, and I hope you enjoy my book of tales!
Lawrence G. Taylor