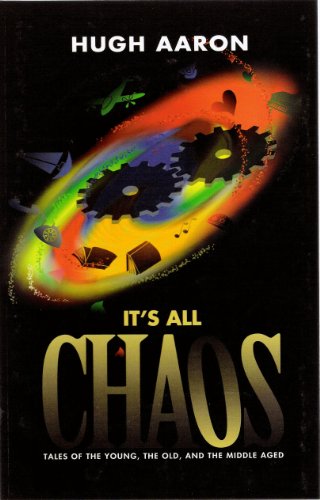 Book: IT'S ALL CHAOS by Hugh Aaron

about this book: Not until I had assembled this collection of short stories did I have a clue as to what they signified. Although they were written during a period of about thirteen years, they cover roughly the middle fifty years of the twentieth century.

Their characters range in age from five to eighty-five and include both men and women. As I underwent the process of deciding in which order to present the stories, I suddenly realized that they constitute a recapitulation of the post World War II experience in middle class America. They are about the generations that fought and lived through that war and went on to become the most materially successful in our history.

The stories develop many themes, among them loss, courage, trust, friendship, and love. Taking the book as a whole, however, I discovered a common theme that runs through most of them. It's that life is essentially unpredictable, chaotic. The characters I portray are usually in a predicament of their own making. They cope in a variety of ways, some not always successful.

Of course, this revelation says much about myself. The world I seek is one in which I can depend on the predictability of events and the loyalty of others. But this sort of world can exist in twentieth and twenty-first century America only in the imagination.